Mount Olympus is famous not only as the place where the ancient Greek gods used to live, but also for the beautiful nature and amazing hikes up to the top. Located in North Greece, it is the highest mountain in the country (2917 m. altitude), and the oldest and most carefully protected national park. And impressive Meteora Monasteries, nestled on the breathtaking sandstone rocks… A trip back to time… Join us on an 8 days trip and discover some of the best scenarios Greece has to offer! 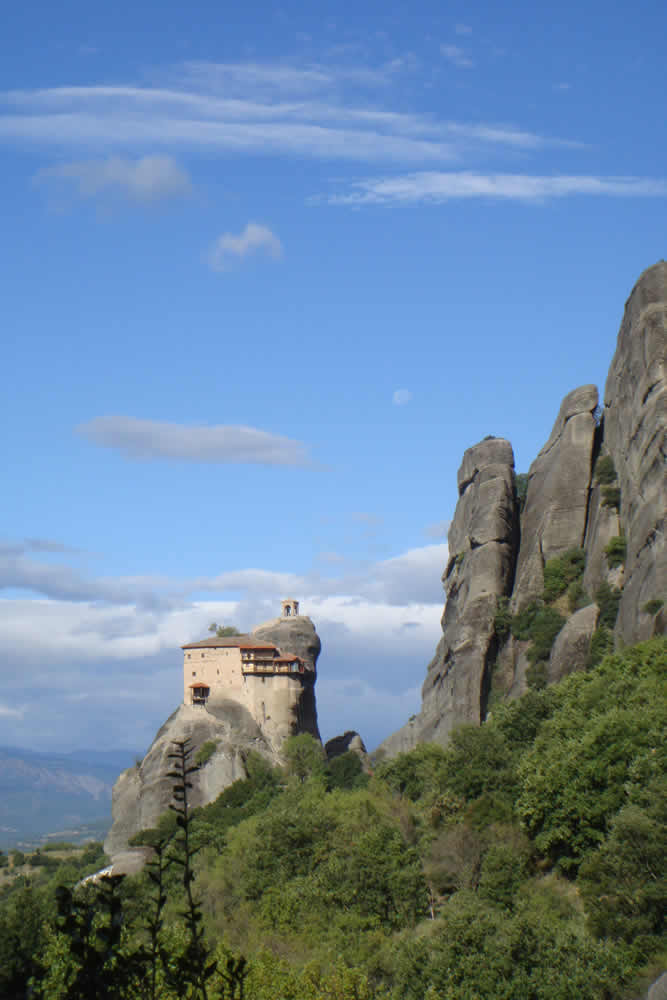 Day 1: Arrival and transportation to Litochoro

Group’s arrival at Thessaloniki airport and direct transportation to Litochoro town. Litochoro is located at the foothills of Olympus Mountain and it is the ideal base for our hikes! After checking –in to our hotel, free time to explore the whereabouts. In the evening you meet with your guide for welcome dinner and briefing.

Morning transportation to Prionia point at 1100 altitude. From there we start our descent through the amazing Ennipeas Gorge. Our walks ends at Litochoro.

Today we return for another time to Prionia. We hike up to an altitude of 2100 m to Refuge A’ where we will spend the night.

Today we walk to the most famous tops of the mountain. We have the chance to watch wild goats in their natural environment and to admire the amazing views. We return to the refuge for lunch and we continue back to Prionia.  Overnight accommodation in Litochoro

Morning walk to Dion site. Ancient Dion, is an important archaeological place of the Macedonian culture not far from Litochoro. The oldest finds are remains of the buildings built by the kings of Macedonia, dating from the 3rd century BC. It was the southernmost fortification of the kingdom of Macedonia. Due to its proximity to Mount Olympus, it developed to the central shrine in Macedonia, in which Zeus was the center of worship. The name is derived from the Greek name for Zeus.
Dion was venue of the Olympic Games of the North for several centuries.  Later, a Roman theater was built. Outside the walls, surrounded by ponds and canals, a temple was dedicated to the Egyptian goddess Isis.
At the end of the heyday a Christian basilica was built in Dion.
The excavations in Dion started in 1928 and will continue even today.

The rest of the day is free. A good idea is to spend time by the beach!

In the morning we leave Litochoro and the Mountain of Gods and we head south to Meteora region. On our way we visit Ancient Vergina site. The city of Aigai, the ancient first capital of the Kingdom of Macedonia, was discovered in the 19th century near Vergina, in northern Greece. The most important remains are the monumental palace, lavishly decorated with mosaics and painted stuccoes, and the burial ground with more than 300 tumuli, some of which date from the 11th century B.C. One of the royal tombs in the Great Tumulus is identified as that of Philip II, who conquered all the Greek cities, paving the way for his son Alexander and the expansion of the Hellenistic world.

Early in the afternoon we check –in to our hotel in Kastraki village.

Early in the afternoon, we return to our hotel for overnight stay.